The public meeting of Bennett High School Alumni's proposal for a new high school  will be held on Tuesday, December 2, 2014, at 7pm in the auditorium.

The proposal features various pathways to graduation from a Regents Honors  to career technical education programs. The building trades are the focus of the  CTE programs.

It is important for the community to attend the meeting to learn about the new proposal for Bennett High School since the State Education Department labeled it an "out of time" school facing closure, if it doesn't propose an acceptable education plan to the district by mid December.

And Interim Superintendent Donald A. Ogilvie has appointed a committee  12 to review  and evaluate the turnaround plans for Bennett, East, Lafayette High Schools and MLK  this month.

Interestingly,  a Calvados comment in the BN story on Nov. 26,  cited an August 19, 2014, State Ed  Press Release with a list  Reward Schools.

"NYSED designates high performing public schools as "Reward Schools. "Reward Schools are either schools that have high achievement or schools that have made the most progress in the state and do not have significant gaps in student achievement between subgroups. For 2014-15, the state identified 354 NY public schools for their list. There are 248 charter schools currently approved to operate in New York State as of October 2014. Only seven of these charter schools appear on

NYSED's list of Reward Schools and none are located in WNY."

Tapestry Charter School visited Bennett last summer and has indicated an interest in the Bennett High School building, while Health Sciences Charter School founded in Tonawanda in 2009, until it renovated the old ECC building and moved to this location on Ellicott Street in 2011, has submitted a request to State Education officials in Albany to open an elementary school at the Dr. Martin Luther King building on High Street in order to offer K through 12.

Back in October, the Buffalo Board of Education principally the Majority Bloc voted for a resolution favored by board member Larry Quinn that would allow any Buffalo Public School to become a charter school. 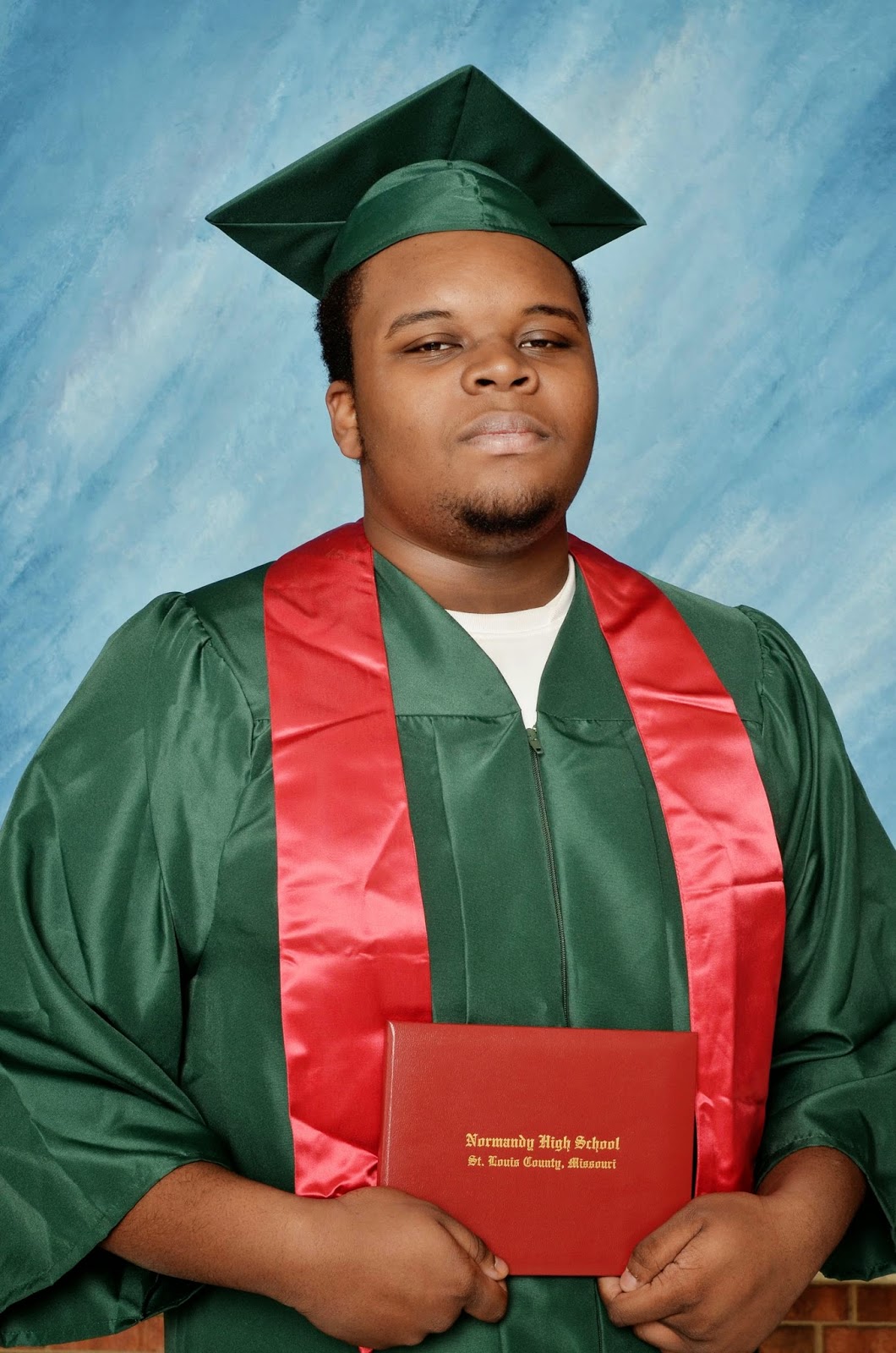 Before Michael Brown became a symbol of racially charged unrest, he was a recent high school graduate days away from starting college.
That high school diploma was hard-earned, his mourning mother has said. "Do you know how hard it was for me to get him to stay in school and graduate?" she told news station KMOV. "You know how many black men graduate? Not many."

Once again, a judge holds the fate of hundreds of Missouri transfer students

Once again, a judge holds the fate of hundreds of Missouri transfer students
Posted by El Diablo at 9:16 PM No comments:

He was a product of both public and private education, and I think that made him particularly proud to teach at a public institution that he said attracts “the best and the brightest” from across the city, across the country and, from what I saw in the classes that I visited, across the world. What really jazzed him was the fact that he was teaching, and learning from, first generation Americans. He often spoke of their hunger for knowledge and their drive. He loved being part of their lives and they loved him. - See more at:

http://www.zoomvillage.com/newsStory.cfm/23434/Ned-Regan-remembering-a-true-public-servant#sthash.YRSafPue.dpuf
Posted by El Diablo at 6:48 PM No comments:

The Supervisor of Attendance position is still vacant in the Buffalo Public Schools. Why?

The job was posted on August 14, 2014, the candidate offered the position had allegedly declined and it was reposted on October 25 and reposted on November 7.

I  sent an email to the Chief of Talent Management  to inquire about the status of the position when it was first posted. He responded the second interviews had already been scheduled.

Also, Section 3213 NYS Education Law requires that a Supervisor of Attendance must be a certified school attendance teacher. Besides possessing this credential, I've a school district administrator certificate as well, and the second language preference posted on the job description.

It's shameful this critical leadership position continues empty in a school district with over half  failing or designated focus or priority  schools by the NYSED.

And there are over 9000, chronically and severely absent students in a district with a population of 34,000.  So, despite City of Buffalo residents qualified to fill it, the district rather keep it vacant.

Before schools are closed, it may be better to revamp how candidates are interviewed and offered positions in the Buffalo Schools.   It may reveal the problems are not failing schools but a hiring system that behooves a thorough investigation.
Posted by El Diablo at 2:45 PM No comments:

Veterans Day Salute to my Dad

Thousands of Puerto Rican youths volunteered for the Korean War.  My dad Domingo Rosa was one of these men. More than 43,000 Puerto Ricans served in the Korean War,  most with the 65th Infantry Regiment, and 3,540 killed.

The Common Core bashing has both  the Democratic and Republican candidates either critical of its implementation or want to rid it completely abolish it  during a hotly contested gubernatorial election year. The Buffalo Teachers Federation is supporting the Green Party candidates Howie Hawkins and Brian Jones, while New York State United Teachers union similar to the 2010 election has not endorsed for governor this year.And a member of local groups have joined the newly created, the High Achievement New York coalition to advocate continuing the controversial implementation of a curriculum that has been troublesome and too costly for cash strapped public schools in cities across the nation.With a list of about 27 members composed of local, state and national groups, it includes the following members from Buffalo: Buffalo Education Reform, Buffalo Niagara Partnership