Dr. Pamela Brown coming on board as consultant until her contract approved

Board President Louis   Petrucci said at board meeting.g tonight: "We are going to bring on Dr. Brown as a per diem consultant until such time that we can approve her employment contract. Goal we've set is July 11 to have contract approved by the board. She'll be in next week," as Mary Pasciak Buffalo News education Blogger reported tonight.

Published with Blogger-droid v2.0.4
Posted by El Diablo at 7:21 PM No comments:

Published with Blogger-droid v2.0.4
Posted by El Diablo at 11:56 PM No comments:

Public schools across the United States are described as "pipelines" to prison" evident in sociologist Dr. Betty Pettit's new book, Invisible Men: Mass Incarceration and the Myth of Black Progress .  Her thesis is rooted in the fact that locked up away in a box, this prison population is not counted in the official statistics. Thus, the data on black progress is skewed when the black prison population is not factored in. And black high school completion rates have not changed since 1990s. The black high-school dropout rate, if you include the population behind bars, is 40 per cent higher than it would be otherwise. That means that “black men have experienced no improvement in high-school completion rates since the early 1990s.”


Published with Blogger-droid v2.0.4
Posted by El Diablo at 2:38 AM No comments: 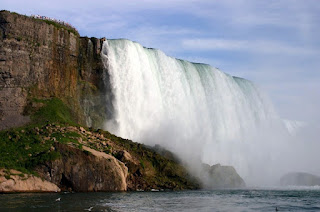 Dr. Pamela Brown in a 7 to 2 vote named the new superintendent of Buffalo Schools. Two board members President Lou Petrucci , Park District rep and Jason McCarthy, North District did not vote for Brown. No public discussion was held before their decision. The board room was packed tonight, the 50 or more in the audience applauded approvingly after the board announced the appointment of Dr. Brown. Voting for Brown, were board members: Mary Ruth Kapsiak, Central District, Sharon Belton Cottman, Ferry District, Roz Taylor, East District, Ralph Hernandez, West district, Florence Johnson, at Large and John Licata, at Large. Fran Wilson, Chief Academic Officer, presided at the board meeting tonight. McCarthy acknowledged and thanked Amber Dixon on behalf of the board for her interim work in the district the last nine months.
Posted by El Diablo at 4:17 PM No comments:

State Ed to release SIG funds, district given ok to carry it over for summer school activities only

Buffalo school teachers in buildings across  district voted on a teacher evaluation plan acceptable  to the state education department bureaucrats.

The state stopped  SIG funds back in January when the district and union had not sent an "approvable" teacher evaluation plan they had signed off on in the previous SIG application for Race to the Top funds.

The  new plan similar to the one written in March includes provisions for allowing teachers extra points as much as 2, to compensate for second language students and the attendance of severely absent students  added to the elementary schools not just secondary as previously agreed.

As a result, state released $5.6 million SIG funds that has to be used by June 30th.

That plan has to be in place by July 1.

Published with Blogger-droid v2.0.4
Posted by El Diablo at 9:25 PM No comments:

Published with Blogger-droid v2.0.4
Posted by El Diablo at 3:48 AM No comments:

Published with Blogger-droid v2.0.4
Posted by El Diablo at 9:49 AM No comments:

Buffalo school board must decide finalist for superintendent in public

Published with Blogger-droid v2.0.4
Posted by El Diablo at 3:28 PM No comments:

If she garners the necessary votes from a nine-member Buffalo Board of Education, Dr. Pamela Brown with  twenty years of experience as an administrator in public education and  nearly the same amount of time as a bilingual educator  is expected to be named the new superintendent of the Buffalo Schools.
Her background stands out from the other candidates, having obtained a doctorate from Harvard University, and experienced in large urban public schools such as chief academic officer in the Philadelphia schools.
But what places her ahead of the other finalist all being well-qualified to be superintendent is her experience serving on a negotiation team in the Philadelphia schools where a fair contract had been negotiated according to Jerry T. Jordan, president of the Philadelphia Federation of Teachers.
Jordan described Brown in a Buffalo News story as "smart, serious and focused." He added how veteran teachers "...found her "quiet knowledgeable and felt she was comfortable in their presence when she visited classrooms." That Dr. Brown, "...didn't interrupt...wasn't overbearing or officious.
Buffalo teachers have been without a contract since 2004, the last one negotiated in 1999 and teachers anxiously await a superintendent that is considerate of their point of view and experienced in contract negotiation. Dr. Pamela C. Brown no doubt stands out from the other two finalist in this area.
This blogger engaged her in a conversation in Spanish and found her to have native language fluency.
The other two finalist, interim Super Amber Dixon is a formidable candidate has done an extraordinary job as interim especially ensuring Albany released funds to the PLA schools it denied back in December and for hammering out an "approvable" teacher evaluation plan with the union for the Albany bureaucrats. Likewise, Dr.Edward Newsome, Jr had impressive credentials as well. But Dr. Brown stands out in both her credentials, professional administrative experience and her background in bilingual education and multilingual education well suited for the Buffalo schools. The last school she served as chief academic officer in Philadelphia had 180,000 students almost mirrors the ethnic demographic enrollment of the Buffalo City School District.
Posted by El Diablo at 1:39 AM No comments:

The superintendent search...SAY YES, in the community

Published with Blogger-droid v2.0.4
Posted by El Diablo at 3:38 AM No comments:

Buffalo News education blogger, Mary Pasciak reported on Sunday, "The board's plans to reach a consensus privately regarding a candidate is not the only aspect of the process that raises concerns regarding its compliance with state law. Even the board's interviews of the candidates appear to have violated the open meetings law. The board conducted those interviews privately, without incorporating them into a public meeting."

Also, there were questions about the pace of the search between interviews, a 13 day span for selecting a candidate to lead a district where few students graduate. There has been criticism of Say Yes and Cascade, the consultants involved in the search for not presenting stronger candidates only two the third interim Amber Dixon. And no Latinos in the mixed of finalist considering its a growing population with the lowest graduation and highest drop out rates troubling. Yet, Dixon has scored points, strengthening her candidacy by presiding over a successful teacher evaluation plan with the Buffalo Teachers Federation. And Pasciak cited a group of local prominent supporters for Dixon from Erie 1 BOCES Superintendent Donald A. Ogilvie; BTF president Philip Rumore; and Regent Robert M. Bennett. Yet, officials in the state Ed Dept are more critical  criticising Dixon for stalling the teacher evaluation plan with Rumore to influence the Board selection of a new superintendent.

The last finalist interviewed on Tuesday, a decision made later in the evening. The public invited to meet Dr. Pamela Brown at 6 pm at Waterfront School.
Posted by El Diablo at 10:39 PM No comments: