Protest rally at Gov. Cuomo's inaugural address
Posted by El Diablo at 10:36 AM No comments:

"A Protest of Governor Andrew Cuomo's Education Policies" inaugural event is picking up momentum on the Facebook Social Media site since posted on Sunday afternoon.

The Buffalo News reported Saturday night that  the Governor planned to be in town on New Year's Day, Thursday at 4:15. PM,  to give an inaugural  address at the Buffalo History Museum located at the corner of Elmwood Avenue and Nottingham Terrace.

About 150 have indicated they will be attending the 3:30 PM event and over 1,000 invited and the invite list is growing as those invited also had invited  others.

From the Common Core to schools denied their court mandated Campaign for Fiscal Equity funds, his continuing of the Gap Elimination Adjustment, teacher evaluations tied to standardized testing, a privatization of education along with school closures in the Buffalo Public Schools are all concerns that have spurred on the rally against the education policies of the Governor.

The Buffalo address is the second for Cuomo after he delivers one in NYC at
the World Trade Center on Mahattan on Thursday morning.

Gov. Cuomo has been running around lately to many events believed to garner publicity for himself as he explores a run for the White House in 2016.

Unless he does  an about-face on his education policies Govenor Cuomo will never realize his political aspirations to be the next president of the nation.

Last month, the case was assigned to a new Judge, and a new trial date was selected.

Judge Kimberly A. O’Connor has set January 21, 2015, as the date for the start of trial in the New York State Supreme Court in Albany. William Reynolds of Albany-based Bond, Schoeneck and King is lead trial counsel. David Sciarra and Wendy Lecker of Education Law Center are serving as co-counsel, along with Gregory Little of the White and Case firm. Megan Mercy, associate counsel at NY State United Teachers (NYSUT), is also on the trial team.

The outcome of this trial will not only impact the 55,000 students in these eight high need districts, but could well affect similarly situated students in resource-starved districts across the state and in New York City.


As Governor Andrew Cuomo moves forward to implement his "aggressive educational agenda," Elizabeth R. Berlin, executive deputy commissioner of state education department has been named  the new interim State Education Commissioner. Berlin worked last year in the state Office of Temporary and Disability Assistance.
She'll share the responsibilities with deputy commissioner Ken Wagner,  spokesperson Dennis Tompkins said.
She is statutorily required to succeed Commissioner King. Tompkins didn't say why she had to work along side of Wagner, though her name doesn't appear on the NYS Certificate Holder website, and Wagner's  does appear certified in business administration, school district administration and psychology from 1999 to 2005.

Now that Commissioner John B. King, Jr has jumped ship as we learned on Wednesday, December 10, the opportunity for Gov. Andrew Cuomo to assume a greater role in educational policy making is more likely to happen. And a link is cited below on the appointments Cuomo made to his cabinet with the titles of deputy secretary of education, assistant secretary of education and an associate in education. With all the hedge fund donations lining his pockets, the Governor surely now can continue to collect more  money from what many have viewed as a conflict of interest for him and a political cash cow.

By Douglas E. Gerhardt
"As widely reported in the press following the implausible statistic that 96 percent of teachers in New York state are effective or highly effective while at the same time, students in those schools are proficient in math and English to the tune of 34.8 percent and 31.4 percent, respectively, Governor Cuomo sent a December 18, 2014 letter to outgoing Commissioner King and Chancellor Tisch. In thatletter, the governor (actually through Director of State Operations Jim Malatras) posed 12 pointed (sometimes compounded) questions for the chancellor and commissioner to answer. These range from issues related to the clearly flawed APPR system of evaluating teachers to broader topics such as possible school consolidation, tenure laws and even selection of the Board of Regents. The final question encourages the chancellor and Board of Regents to design “an open and transparent selection process so parents, teachers, and legislators have a voice” in the selection process to replace Education Commissioner John King. Prior to the letter, Chancellor Tisch promised an honest selection process – nothing was said about openness or transparency. The chancellor did not mention what the alternative would be." 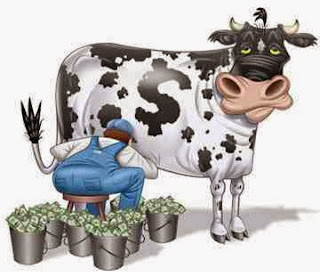 The posting for Supervisor of Attendance first advertised back on August 14, 2014 and posted two times through October and November wasn't filled in Buffalo Public Schools.

Meanwhile, the NYS Education Department labeled four "time out" schools. And unless plans are designed to turn them around, they face closure.
So, it is  important for the district to fill the position of Supervisor of Attendance to ensure students are attending school daily and benefiting from a free public school education, especially during a period of school closures. 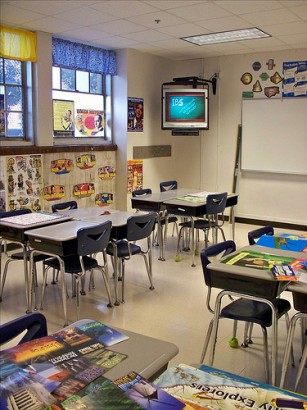 Commissioner John B. King, Jr. resignation appears planned earlier with the impending departure at the end of the year of Deputy Secretary of Education James Shelton, formerly a program officer at the Gates Foundation  Arne Ducan appointed to an innovation post and later his deputy secretary of education.  Shelton's departure was the topic of an  Education Week article in October.

New York State Education Commissioner John B. King, Jr.  is finally stepping down to the approval of many critics unhappy with his performance as the top educational leader in Albany.

Besides criticized for  his lack of experience for the job, appointed in 2011, there were many complaints about his overall leadership and statewide public relations fiascos  from standardized testing to teacher evaluations.

As the youngest state education commissioner,  his leadership has come under attack for his  implementation of the APPR  teacher  evaluation system followed by the Common Core Curriculum.

And his interference in the Buffalo Public School System, including his public criticism of former Superintendent Dr, Pamela Brown had caused him problems with the former African American female majority bloc on the Buffalo Board of Education, especially former at large  school board member Florence Johnson.

And  is the Interim Superintendent Ogilvie still stepping down after one year? And the distinguish educator Judy Elliot, what happens to her post?

Also, what will happen to the BOCES CTE programs students in two Buffalo schools are enrolled?

And now that he has quit as the commissioner, what will happen to the Buffalo Schools turnaround plans for the four schools and the threat of closures?

“It is the best early Christmas present I could have hoped for. Hopefully the Board of Regents will take their time and find a commissioner who is able to engage the field and help bring education in New York forward," said Carol Burris, who was named New York’s 2013 High School Principal of the Year by the School Administrators Association of New York and the National Association of Secondary School Principals in a Valerie Strauss article on the Answer Sheet Washington Post.
Posted by El Diablo at 3:42 AM No comments: