New York Board of Regents Chancellor Merryl Tisch, who helps set education policy statewide and explored her own bid for mayor last year, plans to serve as chairwoman of Bill Thompson’s mayoral campaign.
Just what NYC needs Tisch as chancellor of its school system. Tisch has completely acquiesced and prostrated herself at the alter of the privatization interests in the education reform movement.  The African-American children and community suffered tremendous set backs in education.

And these privatization interests composed  of a crass financial elite drive the reform movement in education  that benefits more its profit margin under the New Market Tax Credit bill passed during the Clinton administration while investing in projects in under-served communities rather than a genuine interest and concern for the education of poor children.

Thompson an African-American in hoping to attract these wealthy donors from this financial elite driving the reactionary education  reform movement is certainly to alienate sectors of the black community that view the education of their children compromised daily by Tisch and her privatization of public education supporters on the state Board of Regents since at the helm in 2006,  after serving as a Regent in 1996.

In naming Regent Tisch to Chair his mayoral campaign, Thompson not only nailed his own coffin but the move surely energizes the sector in the black community fearful she might become the next chancellor of the NYC schools.
Posted by El Diablo at 6:15 AM No comments:

UFT President Michael Mulgrew reelected with 84 percent of vote
Posted by El Diablo at 4:41 AM No comments:

RSA Animate - Changing Education Paradigms - YouTube
Ken Robinson lectures on the need to shift the paradigm in public education from one based on standardize testing to divergent thinking. 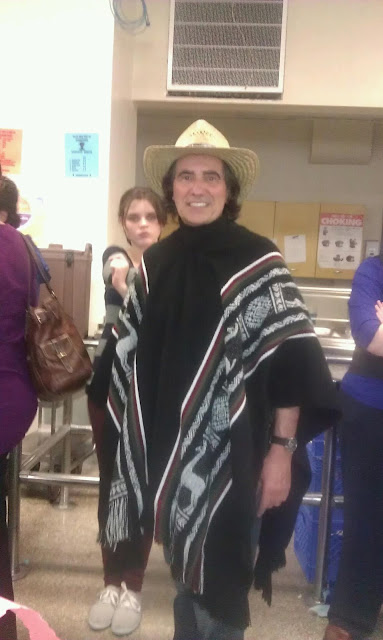 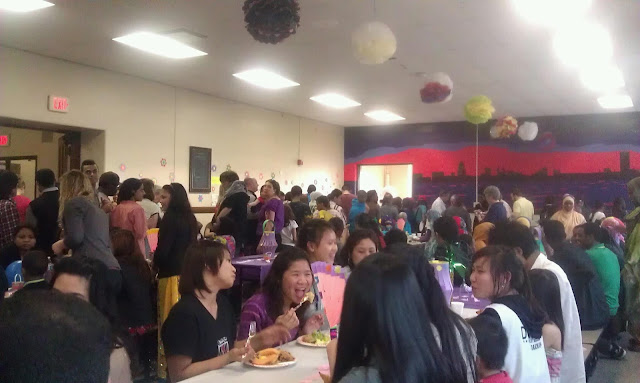 Leave a comment here if you know of any event in the community about the School Board Elections, happenings, forums or fundraisers and don't forget  to check out the banners in the advertising section for real time exposure online at the Buffalo City Express News.
Posted by El Diablo at 5:35 PM No comments:

Buffalo School board elections: some endorsements

Buffalo School board elections: some endorsements

Check out as the endorsements are coming in for the candidates running for the  Buffalo Board of Education  elections so far this year. And view the profile pages of three new  candidates in the Park, West and North Districts that appeared on Facebook. Find out what is the most contentious School Board battle ground this year... in the Buffalo City Express News powered by Zoom Village.
Posted by El Diablo at 7:32 PM No comments:

As far back as 2009, a memo surfaced warning Michelle Rhee of widespread test cheating in DC public schools when she was chancellor. Instead of investigating the findings of the high erasure rates across the district, Rhee fired teachers and principals for the student low scores on DC assessments.
Rhee was too busy awarding perks and bonuses to those with the highest gains in the assessments that were really erasures according to the newly released reports.
The public wonders when is Michelle Rhee going to be held accountable for this in as much as she still in the limelight as a school reformer through her newly created Students First organization better named Rhee First?
Posted by El Diablo at 5:47 AM No comments:

The Buffalo School Board elections  jump started with the 13  prospective candidates filing nominating  petitions this week.  Surprisingly, Sharon M Belton-Cottman, Ferry District Rep. is running unopposed though two other candidates had been announced previously.
It appears the charter school proponents are just as aggressive as in previous School Board elections though it's hard to determine who they are except for James Sampson, president and CEO Gateway-Longview/and chairman of the county's control board.  He was a founding member of the West Buffalo Charter School and President of Buffalo ReformED. And he was an unsuccessful former candidate for an at-large School Board seat and board member of the Buffalo Niagara Partnership.
One thing for sure it's a smorgasbord made up of challengers from  the District Parent Coordinating Council, Citizen Action, Buffalo ReformEd and others.
The race is a highly politicized one with prospective candidates either supporting charter schools or for public education.  There appears to be an aggressive move by the charter proponents to carry out their agenda of turning Buffalo Public Schools especially those the state listed as low performing or "priority" schools into charters.
But it's not time to speculate what is going to happen yet in a race where certainly challenges to many of the petitions especially of the newcomers on to the school board races are disqualified for one reason or other.  So expect, the legal battles to play out in court until the candidates are whittled down and the school board forums begin  and until the voters elect either the incumbents or new candidates to the Board in May.
Posted by El Diablo at 9:19 PM No comments:

Superintendent Brown launches the "Buffalo Way," looking for a few "chiefs" to add to her cabinet

In her effort to reorganized her central office leadership team, Super Pamela Brown is looking for few good "chiefs" willing to work under an exempt contract status.
Interestingly, Brown is looking at the "exempt" leadership model criticized during the tenure of former Superintendent James Williams for being too top heavy at 28 employees in this category. It provided Williams flexibility to hire a team that he liked but that did not necessarily meet the requirements of the postings, because these positions did not need Buffalo Board of Education approval.
During the tenure of Interim Super Amber Dixon she promised to whittle down the exempt employees, while some left others were shifted to other positions with less pay but contract status in the district. Nevertheless, Super Brown has other ideas to "reduce inefficiencies," and to "do more with less." Her plan involves building a central office leadership team more responsive to the principals and school buildings in her effort to change "inefficiency and low morale."
The present cabinet members term expire in June and Brown and Dr. Mary Guinn, her newly appointed interim Deputy  formerly a Gary Indiana School District superintendent whose term also ends on June 30th is helping interview the prospective newly hired cabinet members for central office. And a national search for candidates for these positions is in the works as well. Also, four newly created positions for "supervising principals" were created with a focus on an earn autonomy model. It's an ambitious plan, so it's now a wait and see what happens to how Super Brown new at being a superintendent of schools herself is successful at molding and shaping the Buffalo Schools in the direction she best believes it should go.
Posted by El Diablo at 8:11 PM No comments:

The Buffalo Teachers Federation President's Report of March 26, 2013, reported the eight-year-old step case battle is over as per the ruling of the Federal Court. The Buffalo City School District now has over $75 million dollars in its coffers as a result this favorable ruling. The district set aside this money in case the BTF prevailed in its 8-year battle, but they get to keep the money. So there shouldn't be any lay-offs of teachers for 2013-14. With the step case behind us now, it's time for contract negotiations to start again and the Public Employment Relations Board (PERB) scheduled sessions for April 22 and 26.
Posted by El Diablo at 6:22 PM No comments:

Criminal indictment of Beverly Hall: Is it illegal to be an overly demanding boss? | Get Schooled 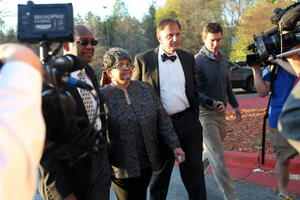